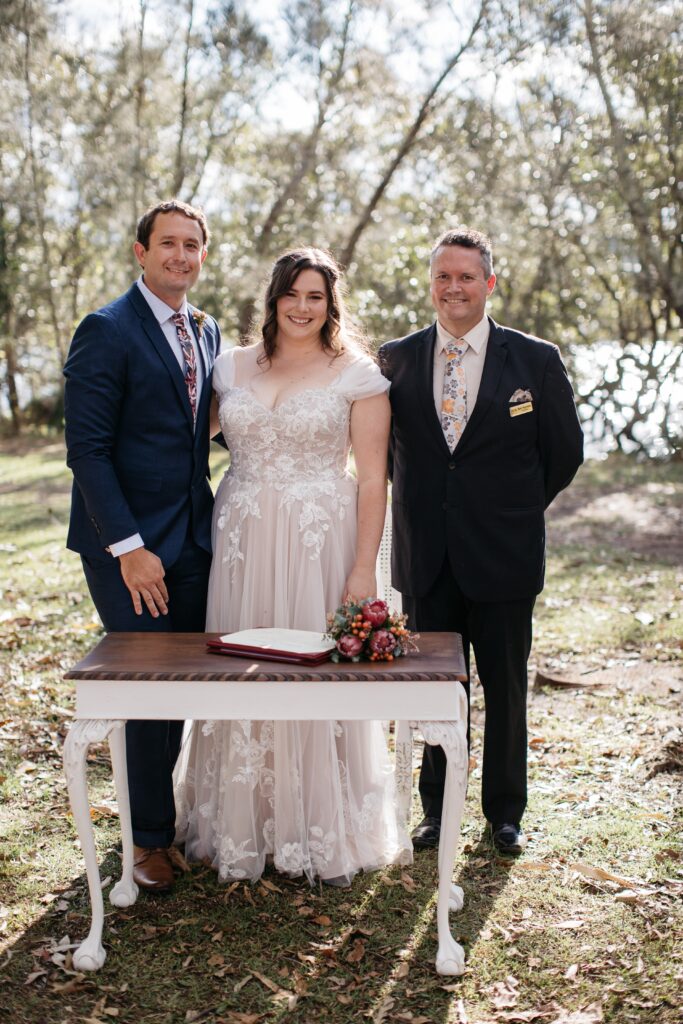 Peter and Maddy met at a Christmas party in December of 2014.  Well, there is some debate over when the two actually met, Peter says they met at the party where he was dressed as Santa.  Maddy says it doesn’t count as she thought he was European and they didn’t talk.  Maddy says they met in February of 2015 when they were at Lawn Bowls as the two are part of the same circle of friends.  Maddy says this is where she actually had a conversation with Peter and she hadn’t even realised she met him previously.

That then lead to a group camping trip where Peter gave Maddy a lift which I am told was 5 hours of Maddy talking.  Things were going well, or so it seemed as the two saw each other regularly as they were both in the same circle of friends.  Around April, Maddy asked Peter to go out for a coffee, but Peter said “no, as he didn’t want to make it complicated with friends.”  They still continued to chat however and were even texting one another while Maddy was on a couple of Tinder dates.

It wasn’t until May at a friend’s going away party that Peter came to his senses. While the two were taking a walk Peter kissed Maddy.  They walked back to the party holding hands and Maddy recalls she was very confused asking Peter, “does this mean you like me?” and he said “Yes”.  About a week after they went on their first date to Mt Cootha for an evening picnic.  Three weeks later, Peter told Maddy he loved her.  It seems all Peter’s previous reservations went right out the window very quickly 😊

One year later they moved in together and after 5 years together Peter asked Maddy’s dad if he could marry her and he said yes.  On September 19 of 2020 they went for a drive up to Mt Cootha and Peter got down on one knee and asked Maddy to marry him, her response was, “are you for real?” then said “yes” with the biggest smile on her face.

In the 5 years they have been together, Peter and Maddy have had quite a few adventures.  Peter introduced Maddy to diving and they have even been diving in Iceland between two Tectonic Plates, they went on a five-week trip to Europe and Maddy eventually wore Peter down to get a dog and so Penny joined the family on the provision that she didn’t sleep on the bed.  I am told that by Christmas that year Penny had settled in nicely on her spot on the bed.

I asked if either had any annoying habits or quirks and they said not really, though they did have a couple of funny stories for me.  In particular, the time where Maddy forgot where she parked her car for 8 days, she had called Peter to say she didn’t know where it was.  On Peter’s advice she went in to work to find she had left it in the carpark and had to pay for 8 days of parking to get it out.

Maddy then told me that Peter is colour blind, Maddy says it has made clothes shopping interesting and a few of his choices have been questionable.  While suit shopping for the wedding, Peter wanted a Navy suit and showed Maddy one he had selected.  She asked, “what colour is that to you?” and he said “blue.”  She asked if could see the massive red pinstripe to which he replied “no.”

Lastly Maddy shared with me that Peter had RSVP’d to his own wedding and even submitted his dietary requirements and their song requests.  After listening to their story, it is clear that they compliment each other very well and I have no doubt that they will be able to achieve anything they put their minds to in the years ahead.

To make a booking to chat about telling your love story, click the button below to book a suitable time.